What the Heck is a Doula and Why Do We Need One? 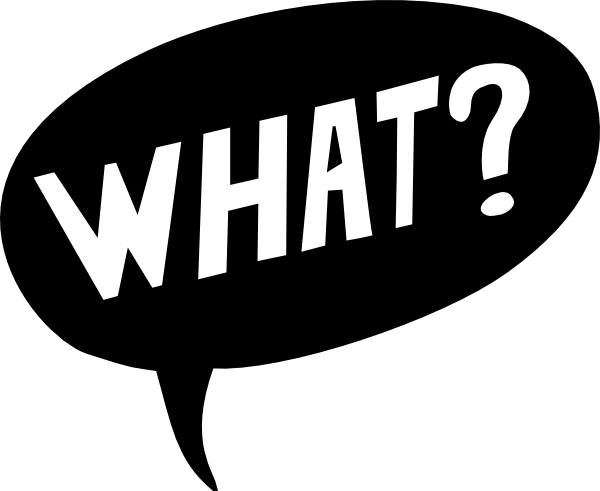 The title of this post clearly sums up my thoughts in the early days of our pregnancy.  My wife was doing a lot of research and she came across the topic of doulas and their use during the birth of your child.  For those of you who don't know what a doula is (I didn't...) google defines them as such:

Sounds simple enough, but honestly, that sounds like what I'll be doing.  Why would we need one?  We talked about it a little, but since it was still early in the pregnancy we decided to shelf the idea and move on.  A couple months later though the topic came back up and I begrudgingly accepted that we meet with one at a Starbucks to get a feel for what her role would be.  To be honest, I was getting very territorial.  My wife was talking about someone coming in and taking over roles that I thought were mine, possibly belittling my presence in the process.  Was I supposed to just sit back and watch as my role as husband was removed by someone I was paying to be there?  Not on my watch!  What I was about to learn was just how uninformed about the entire ordeal I was and how wrong my feelings on the matter were from the get go.

We met Annie at a Starbucks and talked about the entire process, what was involved, prices, etc.  I was very concerned about my role not being interfered with and Annie was extremely understanding of my uneasiness.  I later looked online and found out that a lot of men react the way I do to a doula being introduced into the birth scenario, most of the time in the same exact manner in which I did.  Annie walked us through her previous births and how she was there to support us, not replace.  My job wouldn't change in the slightest, I would just have support/backup and Reilly would get another set of hands to help.  While still a little uneasy about it, but feeling much better, we decided to use Annie's services and made it official.

A couple weeks before Reilly's due date, Annie came over to our house to walk Reilly through some breathing exercises and steps to take to help during labor pains.  I was included in these and was shown things I could do to help my wife through this difficult transition process from early labor to active labor.  We agreed that on the big day Annie would come over to the house and help us prepare for the birth and make sure everything went smoothly.

Well, things don't always go according to plan.  If you read our birth story before you'll know that things happened very quickly.  We called Annie early in the morning on November 1st but it was to let her know that we were about to go to the hospital and that she would need to meet us there.  A couple hours later we were in our hospital room when Annie walks in with her yoga ball (a godsend for Reilly) and the day truly began.  Throughout the day Annie was there to offer support and guidance, show me how to apply pressure to Reilly's back, give us motivational advice (which is definitely needed from time to time) and give me a break every now and then to get food or a coffee, etc.  Not once did I feel like my role as a husband was being impeded upon, instead it was being amplified.  I felt like I was able to do my job better as a husband and a soon to be new father knowing that I had someone on my side to make sure I was doing all that I could.  When Reilly was pushing, Annie helped by holding her leg along with the other midwife so that I could stand near Reilly's head and talk to her during the birth of our son.  When Jack was born she stepped back and turned into a photographer getting some of the only pictures we have of our son right after the birth. 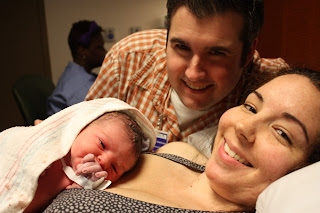 Annie hung around for a while after the birth to make sure things went smoothly and to offer advice for breastfeeding and then left us to enjoy our new addition to the family.  She stopped by a couple weeks later to make sure things were still going good and to see Jack post birth.  Deciding to look for and hire a doula was one of the best decisions we made as a family leading up to Jack's birth. DONA page and then come to your decision though, don't just take my word for it.  Studies have shown that a doula can better facilitate a natural birth and reduce the need for a C-Section in low risk pregnancies.  The peace of mind knowing that you have someone else in your corner during these times is extremely worthwhile and you'll appreciate the services given on the big day.  Don't feel like that person is there to steal your thunder because they aren't, and quite honestly, no one could steal the thunder from the emotional high of becoming a dad.
Looking back I almost feel silly for thinking someone would impede upon my ability to be a father/husband during this pivotal time in my families' life.  It's nothing like that at all.  If you are thinking of using a doula and having second thoughts, I can assure you from the guy's perspective that it's completely worth it.  Do the research, check out the
at 8:28 AM