How I Learned to Stop Worrying and Respect the Foreskin

When my wife and I decided to start trying to have a child, one thing was abundantly clear in my eyes - if we had a son, he would be circumcised.  This wasn't based on any type of science or peer researched studies, just the fact that I was circumcised as were all the males in my family.  My wife was staunchly opposed to this and it was a point of contention amongst us for some time.  We weren't pregnant though so there was no need to worry about it...for now.  Plus, there was a chance we would have a girl and this would be a moot point.  Fast forward a couple months and we were pregnant.  Fast forward a couple more and we knew it was a boy...uh oh.

My wife and I had some arguments about it with the worst occurring after a pediatrician interview in which the nurse practitioner basically told my wife she was overreacting and the entire procedure was painless and the babies sometimes didn't even cry.  "See!" I said, "the doctor is even saying it's not bad.  Plus, you're not a guy, you couldn't understand why I want him to match!"  Apparently that wasn't the correct thing to say and we spent the remainder of the ride home in an awkward silence.

Following that visit, I decided to do some research of my own.  My initial thoughts on the matter were the following
With those couple thoughts, I began searching and immediately found that I was absolutely not alone in my quest for information on the foreskin.

One of the first things I noticed was a lot of talk pertaining to circumcision preventing urinary tract infections and actually helping to reduce the spread of HIV.  "Wonderful!" I thought, this is exactly what I was looking for.  Upon further review though it was shown that any positive benefit was null and void with proper cleaning of the penis.  If you teach your son to clean himself properly, the benefits are practically gone.  Plus, cleaning a penis isn't rocket science and proper hygiene is something every parent is going to teach their child (hopefully.)

My other thoughts about my son being made fun of in the locker room were also quickly squashed as I noticed a decrease in circumcision rates across the US.  Dr. Sears states on his website pertaining to circumcision that by the time a child born now is old enough to be in the stereotypical gym room/locker room scenario that half of the boys will be circumcised while the other half will not.  It won't be as polarizing a topic as it was when I was in high school when most parents had their child cut in the 80's.  Ok, well, that's another fear down the drain.  It is starting to look like the US is catching up with the sentiments many parents outside of the US have when it comes to circumcision - being left intact is the way to go.


Finally, I was left with the biggest and probably the most selfish reason, I want my son to match me.  When asked about it by my wife I couldn't really put it into words.  No, I wouldn't stand next to my son one day and compare my penis with his in a mirror and say, "Yep, good thing we match!"  The urge to have my son match me most likely stems from some psychological notion of dominance and claiming territory.  "This child is mine because we match!" When confronted with the issues that could arise due to a botched circumcision and the studies currently underway on sensitivity of the foreskin in relation to sexual enjoyment plus thrown in with the pain my son would go through just days after being born, I couldn't do it.  My wants were foolish in the grand scheme of things and selfish at best.  After holding my son for the first time in that delivery room, I knew that even if I had wanted to coming into the hospital, my feelings would have immediately changed after holding this precious and absolutely perfect baby in my hands. 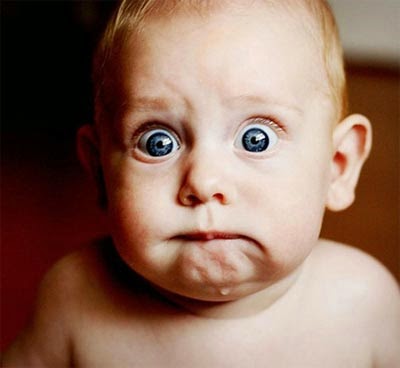 There is no concrete evidence of the benefit of circumcision that isn't debunked with proper hygiene or overshadowed by doubts in the medical community.  This isn't something like vaccines where it's generally accepted across the world by medical practitioners that the benefits outweigh any small discomfort the child may have.  The medical community constantly switches its stance on the the benefits of circumcision and in the end say it's a personal choice the parents need to make on their own.  You'll see a lot of parents that go strictly from the aesthetic approach.  "Uncircumcised penises look weird" or "We want him to match his father."  I can understand this, but I don't approve, at least not anymore.  In the end, I do agree it's a personal choice, but make sure you do your research and know what your child will be undergoing.  Watch a child having the procedure done - it's not a happy joyous occasion, it's actually quite sad.  If you're religious and it's part of your religious doctrine to have it done, go for it.  I'm a godless heathen but I respect that people have a set of beliefs that they stick to and you can't cherry pick what you want to follow.  If you truly believe that god demands the foreskin of your child, have at it, but make sure you understand the procedure and don't let some ultra-Orthodox Jewish rabbi put his mouth on your child's penis - that's not going to end well and it's really freaking creepy.

Do your research and make sure you understand the procedure.  There are a number of resources out there such as Intact America, NOCIRC, and Mothers Against Circumcision that offer the alternative view to pop culture.  Read up, watch the procedure being done, and learn as much as you can.  That way, if anyone asks why you did or didn't have it done, you'll be able to answer truthfully and with the knowledge that you made the right decision for your family.  If you want to watch a really informative video on the whole circumcision business, feel free to check out the video below.  Penn and Teller, on their former Showtime series "Bullshit", covered the topic of circumcision and make some really good points.  It's definitely worth watching if you need to make an important decision for someone being born.