Giving Back to One of Our Own - Oren Miller 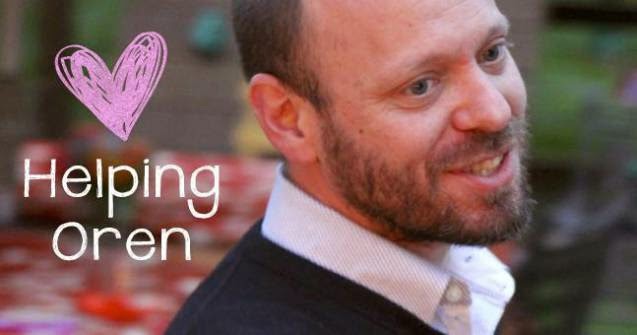 I don't know Oren personally, but he was the first "Dad Blogger" I met when I decided to start this blogging adventure that began with my son's birth.  I stumbled across a facebook group called "Dad Bloggers" and decided to join since I was a newbie in this field and figured, at the very least, I would get tips and tricks on how to accurately post about being a dad so that people would care about reading it.  What I didn't know at the time was that I was entering a group that was a tight knit community of dads, both stay at home and working, who are there for each other.  Whenever an issue came up with someone's kid and advice was needed, everyone was there to offer some advice.  While we don't always agree on parenting styles, we all agree that we are parents and are doing the best we can for our children.

As I said, I don't know Oren personally, but I feel like I have developed a sort of kinship with him via the group we both belong to.  Oren is the creator of the group and as such is sort of the "Papa Bear" of the group.  When I found out about his stage 4 lung cancer (documented on his blog, A Blogger and a Father) it was a kick to the gut.  Not only was it dire news, but it was dire news for a fellow dad and an online friend.  This isn't something any family should have to go through but one of the best dads I know of is currently right in the middle of it.  I was just a participant in his group so there really wasn't anything I could do to help or even console besides a few positive words and some positive thoughts.  That was, until Brent Almond of Designer Daddy decided to make a GiveForward campaign to help Oren's family in this difficult time.

You may not know Oren, but if you visit any Dad Blogs on the internet, I can assure you they have been influenced by Oren's words.  He is such a big part of our community that he truly can't be replaced.  With your help, fellow Dad Bloggers, and mine, we are hoping to ease the burden of his family through this campaign.  If you can't give anything, that is ok, spread the word so that a struggling family can have their burden eased even the slightest.  The website to give back can be found below.

Give Back to Oren Miller

Thank you Oren, for everything that you have done to the Dad Blogger community.  Thank you for allowing me to be a part of your group and share in the experiences of fatherhood with everyone involved.
at 9:49 AM