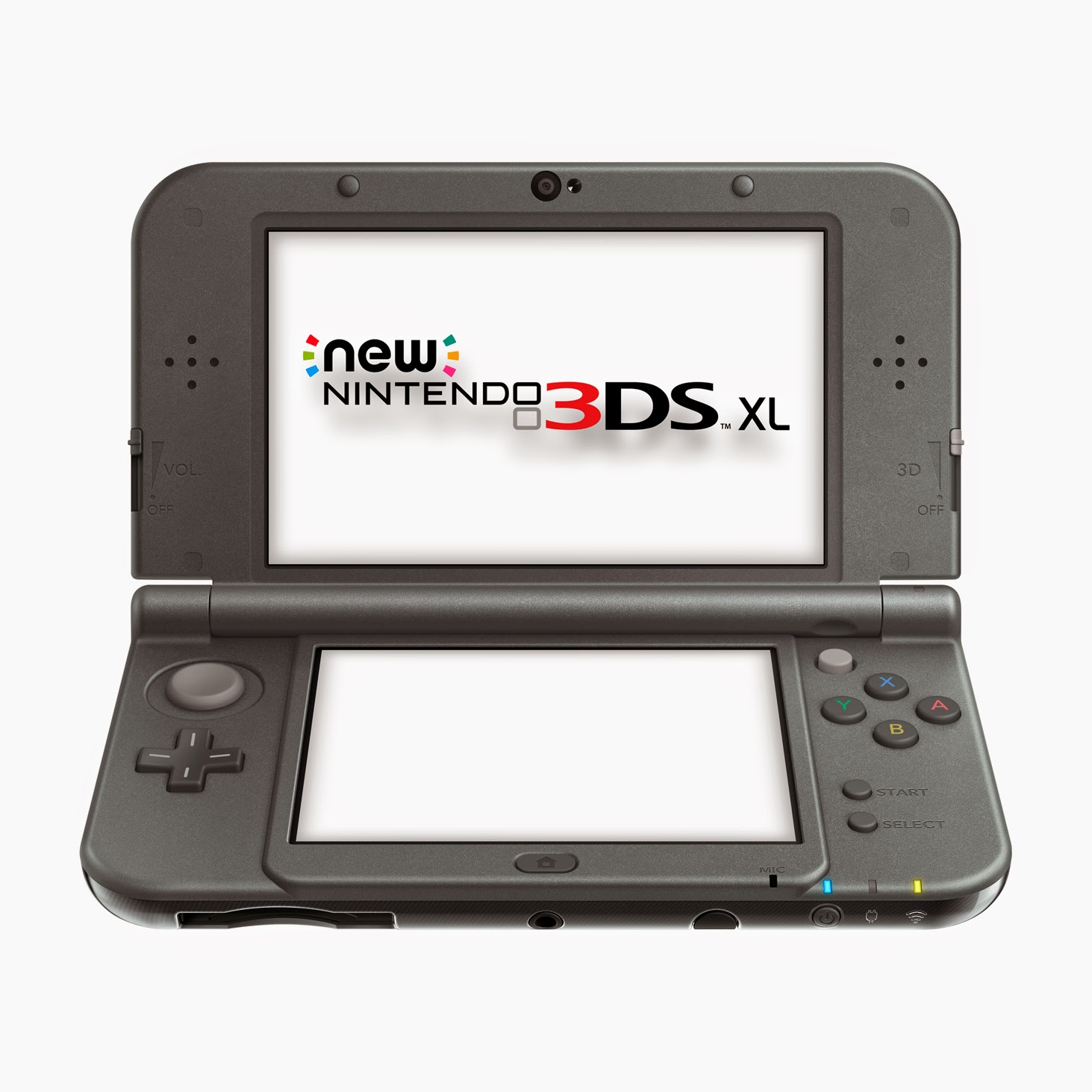 Nintendo recently released their newest handheld to market called The New Nintendo 3DS.  To the casual observer, there doesn't seem to be much different with this new installment, but nothing could be further from the truth.  After spending a weekend putting it through it's paces, I'm here to report on the changes in the latest handheld release and why it's the best Nintendo handheld ever to hit store shelves.

The New Nintendo 3DS XL, which hit store shelves this past Friday, doesn't actually look that different from it's predecessor.  It's about the same size and the screens may be marginally larger, but it's incredibly hard to tell the difference.  The changes to the system are all under the hood, and these changes are ones that make the system much better than it's previous installment.  For starters, the 3D has been completely re-tooled.  With the original 3DS, turning up the 3D slider was hit or miss.  If you stayed completely still and didn't move, you could experience the 3D effects without getting a headache.  But if you moved your head even a little, the screen would flicker and the 3D effect would be lost, replaced with a jumble of lines that looked anything but third dimensional.  Nintendo heard the complains and released something that not only makes the 3D functional, but optimal.  By using cameras that detect where your eyes are looking, the 3D will transition with your head movements.  You can move the device around from side to side a bit without losing any of the effect like you would with the previous console.  If you look away from the system though, there is a moment of recalibration when you look back, but besides that the 3D is actually working as it should have with the first 3DS.  I played a ton of Monster Hunter 4 and Majora's Mask this weekend and the 3D was on 90% of the time, something that would have been turned off 100% of the time if I was on the original 3DS.

Another change that Nintendo implemented with this latest console is the processing power.  Nintendo added some extra juice to this iteration of the device and it shows with the load times.  Majora's Mask and Monster Hunter were quick to start and load times were almost nonexistent.   You can also take screenshots in game now via the Miiverse app that allows you to submit posts to a community board.  The Miiverse was available with the previous 3DS, but the processing power wasn't strong enough to let you suspend the game and then upload a screenshot like it is with the New 3DS.  The true benefits of the extra power will be seen in the coming months when games like Xenoblade Chronicles is released, a game that was initially on the Wii a few years ago.

I've previously written about the new figures from Nintendo called Amiibos.  These little figurines can be placed onto your Wii U controller to grant in game bonuses and character progression for supported games.  With the New 3DS, Nintendo has built in an RF card reader that will be able to support the little figures.  I tested this out over the weekend with the new Ace Combat game and the 3DS picked up the figures within a second of being placed on the screen.  It's not a huge feature, but it is nice that it's being supported, especially with the collecting craze these little figures are causing.

Probably my favorite feature that has been added to the 3DS is the C-Stick nub.  Picture the little nub that is on the center of laptop keyboards and you'll have an idea of what it is.  It doesn't move, it just takes feedback from your finger pressure, and to be honest, is a little odd at first.  It took me a solid night or two to really appreciate it and get the hang of using it.  After a weekend of gaming on this device though, I can't imagine playing the 3DS without it.  It's responsive, unobtrusive, and works wonders in games with it's camera control ability.  This little nub replaces the need for the accessory Nintendo sold that added an additional control stick to the device (and made the system bulky as hell in the process.)  Along with the c-stick addition, Nintendo also added two additional shoulder buttons to the device.  They don't have a ton of use at the moment, but it will be nice to see more games in the future take advantage of these added control methods for gaming.

After spending an entire weekend of gaming with the New 3DS, I can honestly say that I'm in love with the device.  It's everything the first 3DS should have been.  It's hard to recommend this to someone who already owns the original 3DS though and doesn't play it often.  If you weren't sold on the handheld device in the past or enjoyed the handheld games Nintendo put out for it, there really isn't that much added that will sway you to the new one.  On the flipside, if you were someone who really enjoyed the 3DS and played a ton of the games released for it, this is an even better version of an already great device.  Nintendo will be releasing a slew of new games in the coming months that will take advantage of the upgraded hardware and with the initial feedback of the device, it seems I'm not the only one singing it's praises.  It's unfortunate it took a another iteration to get it right, but I am glad that Nintendo finally figured out the 3D component.  Also, in the US, the XL is the only version currently available, but who wants the smaller version anyway?  With the added juice under the hood and the c-stick that works perfectly, this is an easy recommendation to anyone who is serious about their handheld Nintendo gaming!
at 3:20 PM