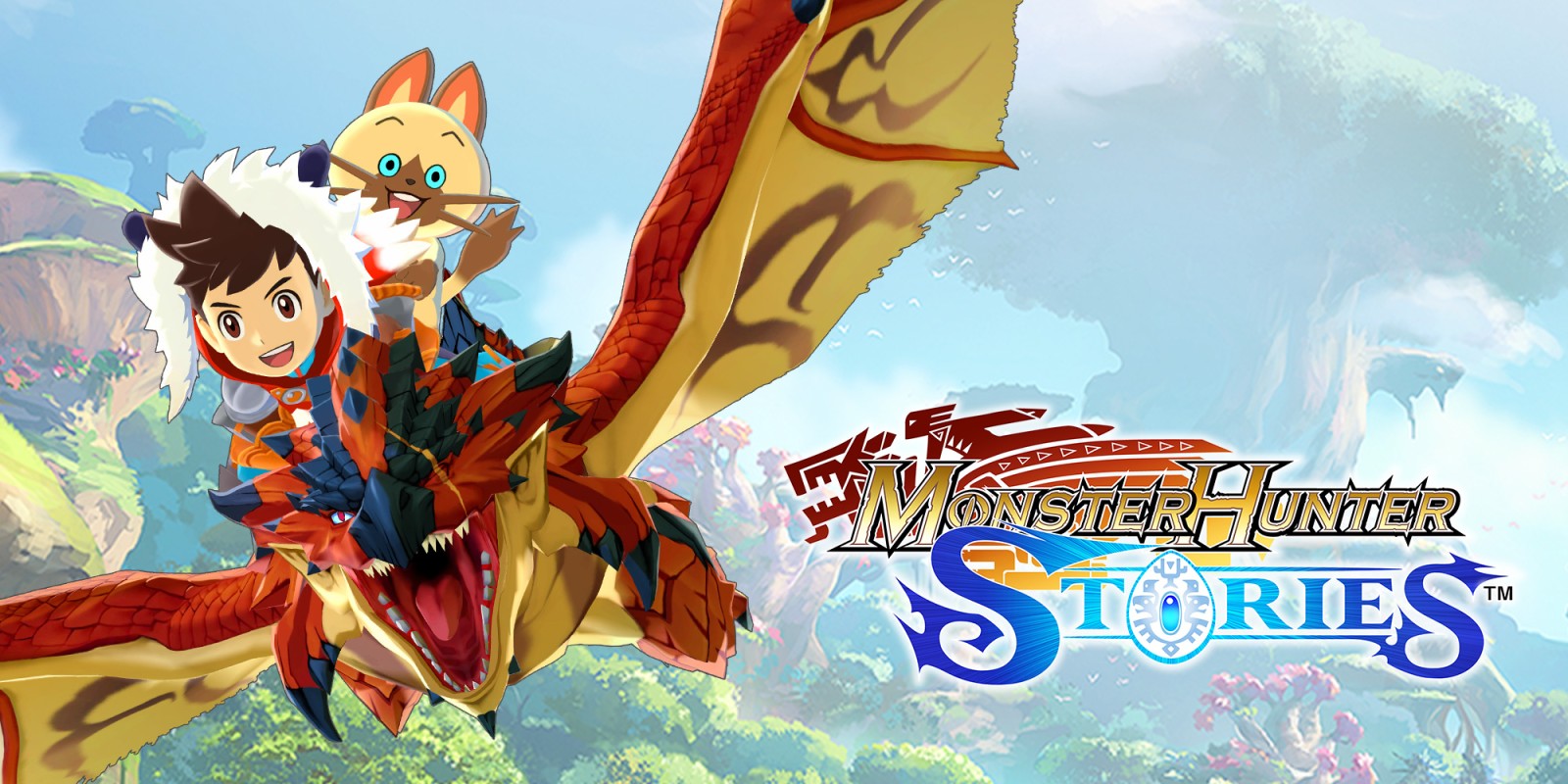 The Monster Hunter series has always been a tough nut to crack for newcomers looking to get into the series. If you aren't familiar with the Monster Hunter games, they can best be described as somewhat of a hardcore action RPG that was easy to learn but incredibly difficult to master. The series is huge in Japan but has had a few decent releases here in the states. With Monster Hunter World coming out next year, it looks like Capcom is trying to introduce the series to a new breed of gamer, the younger crowd. Monster Hunter Stories is their latest release for the Nintendo 3DS and it shares almost nothing outside of it's source material with it's predecessors. Although the similarities may be slim, this is a game that is a perfect introduction to the world of Monster Hunter and is incredibly kid/newbie friendly .

You would be forgiven if you looked at Monster Hunter Stories and thought you were looking at the next evolution of Pokémon. At it's core, that's what this game is - a Pokémon game. You collect eggs, hatch them, and then raise monsters...sorry, "monsties"...through levels while you gain experience and craft bigger and better weapons and armor. Battles are turn based and involve you and your monstie choosing a rock, paper, scissor style combat system to defeat other monsters in the world. Just like in Pokémon, enemies will have resistances and different attacks will be more effective against different monsters. Your monsties, while combat allies, also play a big role outside of combat by allowing you to ride on their back. This mechanic, while small, gave me a sense of bonding with the creature and made it more than just a sprite you fight alongside.

If you've played a Monster Hunter game before, you know that armor and weapons are critical to the game's progression. That mechanic can also be found in Monster Hunter Stories as you'll constantly be looking for materials that will allow you to get better armor and weapons. Armor has a visual effect and with each new piece of equipment, you'll actually feel like you are growing in power as you continue along the story path. The story, while present, isn't the main draw of the game. It's kid friendly and won't present too many obstacles for the young mind (outside of a parent's implied death early in the game.) The story overall is a coming of age story as you play the main character (with boy or girl option and character customization) and will see you traveling the world with your monsties collecting new ones and participating in battles with other riders and random monsters in the world.

Graphics wise, the game is pretty good looking. The cell shaded design is a nice change to the otherwise grittier landscapes and world of Monster Hunter proper. Your characters armor is unique as it changes and each monster has unique moves and looks that is both fun and visually appealing. This is a 3DS game and you won't get anything revolutionary like you would with a full console game, but it's nice nonetheless and you can see the care that was put into crafting the world for a younger crowd.

Monster Hunter Stories is a great game to introduce younger gamers to the world of Monster Hunter. The game is pretty easy, almost too easy at times, but that never really stopped me from enjoying the turn based combat and collection aspect of finding new monsties to train and level up. If you have a child who loves Pokémon, then this will be a great addition to their 3DS repertoire. I've played most Pokémon games in recent memory and I always felt like they were missing something. Maybe it was the story or the overabundance of battles. Whatever it is, I found myself playing this game a lot more than I have played any Pokémon game in recent memory. Whether you want to introduce your kid to the storied world of Monster Hunter or if you'd like another Pokémon style game to tide you over until the Switch get's theirs, you can't go wrong with Monster Hunter Stories for the Nintendo 3DS.
at 6:50 AM