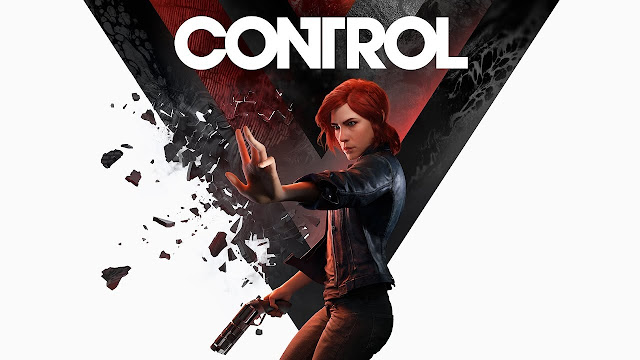 If you had asked me at the beginning of 2019 to list out the games I was most excited to play throughout the year, Control probably wouldn't have even made the list. It's not that I don't like Remedy games, it's just that they have hit a little bit of a lull with me lately. Max Payne and Alan Wake were amazing, but Quantum Break soured me a bit. I went in looking for more Alan Wake but ended up with this weird combination of late night TV show mixed with mediocre gameplay. With Remedy's recent release, Control, they hope to fix this image and after spending a good deal of time with the game...I think they did.

Control is a game that is hard to explain from a story standpoint. You take on the role of Jesse Faden, a woman who loves inner monologues just as much as she does shooting her way out of super weird situations. The game begins with her showing up at a building that serves as the central HQ of the Federal Bureau of Control which is basically what you get if Mulder was able to have his own branch of the government. She has come here looking for her missing brother and upon arrival, she is soon made "director" and everyone now reports to her. Throw in some floating people, a weird whispering, and a presence that Jesse is always talking to and you have the first 10 minutes of the game. Sounds like a weird turn of events, especially so early in the game, right? Yeah, that's actually pretty mild on the weirdness scale.

The game is all over the place from a story standpoint and just when I thought I was beginning to figure stuff out, a new mechanic or story beat was introduced that made me even more confused than I was previously. The best way to try and explain the story is by saying it's kind of like a reimagined X-Files where something goes horribly wrong at the Bureau and The Twilight Zone starts bleeding into it mid episode when all hell breaks loose. This involves beings from another dimension, people being taken over by a malevolent force that turns them into hive minded killing machines, and a house that isn't a house that constantly shifts it's internal style...oh, and a hotel out in the middle of nowhere.

Jesse is almost like us in a sense as she progresses through the game. She's just as confused as we are at the events playing out, although you can tell she has her own secrets. The inner monologues I spoke of earlier are to some "friend" she has that is inside her mind. Or is it us? Or is she talking to herself? Is she crazy? Why is she looking for her brother? These are the questions you'll be asking well into the game.

One thing you'll be doing a lot in this game is reading, especially if you want to understand the full story. Little pieces of lore and left around the game world that you can pick up in the form of logs, videos, and cassettes. They are rarely boring and fill out just a little bit more into the ever changing world of Control.

The story is all over the place and weird and crazy and I'm all for it. You don't typically see this level of weird in a game. I spent more time guessing about the story than I do in most AAA titles on the market today. It's a crazy, supernatural world that Remedy built and if you are even the slightest bit interested in that type story, then you're in for a real treat. 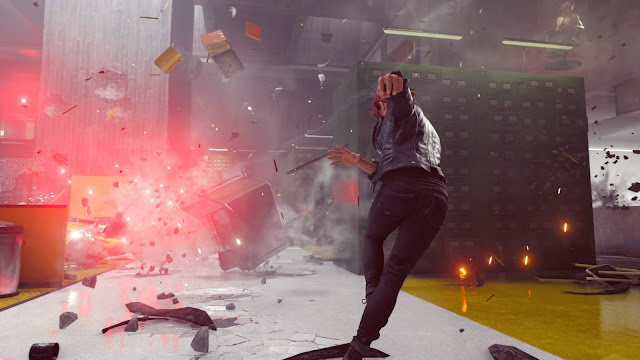 If you're going to put your game into an episode of X-Files on steroids, you're going to need some cool combat. Thankfully, Control has it in spades. Jesse, with her new found "director" status, is given a gun that can change it's form. Depending on the form you have will dictate how it operates. I typically stuck with the machine gun/shotgun combo although there were times a more sniper-ish approach was necessary. Unlocking each mode was done through the story and the guns never run out of bullets, just the magazines. Think of it more like a plasma style gun that overheats rather than a tradition bullet gun.

While the guns don't run out of ammo, you can certainly run out of life easily in Control. There is no recharging health, instead you'll be scouring the ground for little orbs that enemies drop to replenish your health. On the base difficulty this can be tough at times when you need to find some, but overall it's not a major hindrance. I'm a big fan of replenishing health pools after a fight, so this was a tough one to swallow, but the overall weirdness of the game and fun gun play helped me look past it.

Since this is a supernatural game, your character also has a ton of fun abilities at her disposal. The abilities are unlocked as you progress through the game and include things such as a telepathic throw (my favorite), mind control, a mid-air dash, and a slew of others. The gun play by itself in Control isn't anything to write home about, but combine that same gun play with the ability to throw slabs of concrete across the screen at encroaching bad guys and you have something incredibly fun and rewarding. Getting swamped by a mass of enemies? Mind control one and turn him against his buddies. Being sniped across the map? Throw a computer mainframe at his hiding spot to flush him out before taking him down. There's a ton of diversity in how you choose to take on the many challenges in the game, and you'll need to master most, if not all, to get past some of the tougher bosses in the game that might have resistances to certain weapons or attacks. Think of Jamie as a modern day force user and you're close to understanding how her powers work.

There is also an upgrade path you can take to upgrade the gun and skills you enjoy playing with the most. It's not the most exhaustive, but it works well in helping you pinpoint your preferred playing style. Overall, the gameplay is frenetic and fun and works well in a crazy world that Control is building around you. 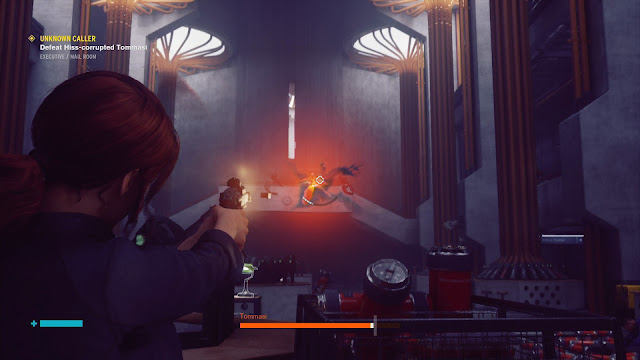 If you're someone who has to have the best machine to play the latest games because of the graphics, then you're going to be blown away by what you find in Control. This game is beautiful. Looking at it from screenshots you probably wouldn't think it. But when you see it in motion, something about the light usage just blows you away. Some areas are incredibly dark and only lit up by emergency lights coming from a door or the glow from a generator. Others are incredibly well lit with a giant furnace spewing forth a bright yellow light that almost makes you squint your eyes. I played on an Xbox One X and it looked fantastic, but apparently it's even more amazing on the PC with the use of ray tracing. If you have a beefy PC that can handle ray tracing, absolutely pick up that version of the game.

Character models are also well done, but if you're familiar with Remedy's previous work, you know what you're getting. Some characters, like Jesse, are fully realized and believable. Others you run into look a bit stiff. It's easy to see that characters that received the most screen time got the biggest treatment while others were left with more basic features. But honestly, you won't be noticing much of the characters...you'll be too busy gawking at the ambiance of the lights and the spooky environment it lends to combined with the whispering in the world.

In a word, no. This is a mature game for a mature audience. There is killing mind controlled humans and super deep story beats that would go over the head of your average kid. Teenagers would be more suited for this game and even then, it might be a little too convoluted. It's been years since I was a teenager, so maybe kids nowadays are much more deeper thinking than I was at that age, but I would have passed on this game for something much less obtuse in it's storytelling approach. The environment, flooded with enemies called "the hiss" that shape shift and attack you from all angles. Plus, humans are floating around the environment letting out a constant spew of whispers. Younger kids will absolutely be freaked out by this game. It's just creepy, plain and simple. If you have kids, put them to bed before playing or send them off to grandma's for a sleepover. 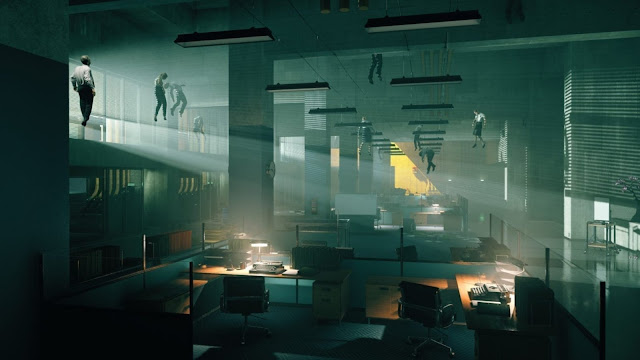 Judging by the critical reception this game is getting, I think Control took a lot of people by surprise. While it's certainly not instant classic status like Alan Wake was for me, it's damn close. The creepy environment, totally out there storyline, and fun combat give it a unique presence in a world of AAA games that love to repeat the same mechanics and story year after year. Remedy is at it's best when they make weird games and overuse inner monologues and I hope they keep doing it. If you have a long weekend without the kids or just want to sink your teeth into an X-Files episode that crossed paths with the Twilight Zone, then Control will be right up your alley. It comes highly recommended.


*Control was reviewed on an Xbox One X with code provided by the publisher.