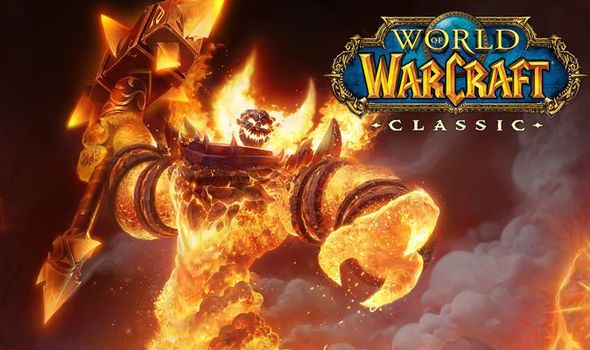 If you've been following my blog or one of the other places I write or talk about games, it should be known by now that I'm a huge fan of World of Warcraft. I started playing WoW back in November of 2004 when it first came out and I haven't stopped. There have been lapses in subscription where I stopped playing for months at a time, but World of Warcraft is always that one entertainment constant in my life - the game I constantly come back to. The WoW today is certainly not the WoW of yesteryear though. Quality of life changes, graphics, and story beats (seriously, what the hell Sylvanas) have morphed it into something else entirely. This doesn't mean that it's bad, it's actually quite good, it's just different than the game the gripped the country back in 05 and 06. When Blizzard first announced they were releasing an older version of a game we all previously played, I was a little hesitant. I had experienced that before, why would I want to go back. This release would literally be an exact copy of the game as it was in 2006, bugs and all. I was hesitant, but still excited and since it's now a week after it's release - I have some thoughts. So, what's it like going back to a 13 year old version of a game that is still around? Wonderful...

When I played back in the day, I flip flopped a lot between Horde and Alliance depending on the guild I was a part of or the friends I was playing with. Primarily though, I was a Horde player. My troll Hunter Vintro was my mainstay all through college and while he may not be around today, I still look back fondly on that character. This time around though, I decided to take a different route and try out a healing class, the priest. I rolled my undead priest named Vein and hopped onto Classic WoW release night to find...hordes of players. It was madness. The queues were insane, the amount of people was insane, it was perfect! What would a WoW Classic launch be without mass pandemonium and server instability. I eventually went to bed after a couple hours having only hit level 4.

The next night was much better and easier to play. Queues on my server had leveled out and I was able to really begin enjoying the content as it was back in 2006 when 1.12 was released. I was instantly hit with waves of nostalgia. The undead starting zone with the newly raised denizens was as spooky as ever. Players were everywhere and the chat was hopping. People were actually talking to each other, mostly friendly, and helping others out on quests. To someone who has played WoW for years, this ancient form of gaming was lost years ago with the WoW experience of leveling being a mostly solo endeavor unless you decided to jump into some groups. Being able to run around, complete quests, and talk to others in leveling zones was like taking a time machine back to college when I would play this game until 4am most nights with nothing but cigarettes and caffeine to keep me awake and explore Azeroth. 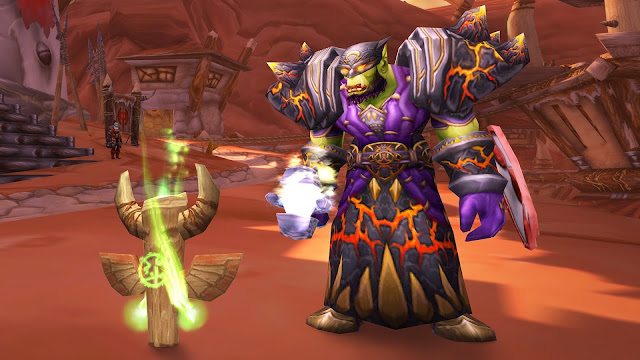 If you played WoW back in it's early days, you know this game is not easy. You're going to spend a lot of time leveling and that's alright. The fun is the journey  and enjoying the sites and scenes of a bygone era. The world you are playing in literally doesn't exist today. Blizzard changes the entire landscape of the world when the Cataclysm expansion came out. The town of Brill is a prime example of an area that looks nothing like it used to. Nostalgia is around every corner and you can just tell by the chat that people are having an absolute blast.

Features like group finder and the streamlined questing wasn't around back in 2006, so communication is truly key in WoW Classic. You can play the game solo, sure, but you better take a class that has an easier time with leveling like a Hunter or Warlock. For everyone else, you need to find groups and talk during the dungeons you do. It's a great experience and I didn't realize how much I missed the community of WoW when everyone is "new" again. It's easy to get swept up in the end game content and only talk to your guild, but there is a lot of fun to be had out in the world itself. Finding that again was refreshing.

I thought that WoW Classic would be a diversion game that I would play in between regular retail WoW, but it has become so much more. I haven't logged into the "live" version of wow in a few days now since I'm mostly focused on playing Classic. I can't tell if it's the nostalgia or the general sense of community that seemed like it was lost in the Warcraft games. Classic has been a huge hit for Blizzard and I'm incredibly excited to see where it goes. I'm sure I'll go back to live/retail WoW eventually, but for right now - this undead priest is living life like it's 2006 again.
at 1:27 PM