Time Flies When You're Having Fun

I can remember back to the day my wife and I found out we were pregnant.  It was a work day and my wife
was late by a couple days.  We had been trying for about a month before this and decided to take a test to see if we could find out early.  Find out we did and after two additional tests (I had to be sure!) it was solidified in our minds and we began to get excited (and a little scared.)  That day seems like it just happened.  Hell, it did just happen.  It was last February, 1 year ago.

The way we decided to tell our friends and family was with a picture we took at an Oriole's game.  I'm a huge O's fan and I brought my wife into the mix and we decided to go to an O's game and buy a onesie that said something regarding a baby and hold it up for the camera.  The picture turned out great and our friends and family loved it.  This was early in the pregnancy and we still had a long ways to go.  We forgot about the picture and focused on the eventual birth of our son.  The onesie was for a 6 mos. old baby so it went into a pile of clothes for that age range and forgotten.

With Jack getting bigger and bigger, we eventually had to break out his 6 mos. clothes (he's 19 weeks right now) and were elated to find that Oriole's shirt we bought for him last year.  It really put things into perspective just how far we had come in this journey.  Going from two people to three in the span of a year and now we have a 4 mos. old who is such a beloved member of our family that we can't remember how life was before him.  We decided to take some pictures of him in the outfit to do a sort of before and after and the result is below.  Jack is growing bigger every day and it seems like time is just flying by - especially with us having so much fun. 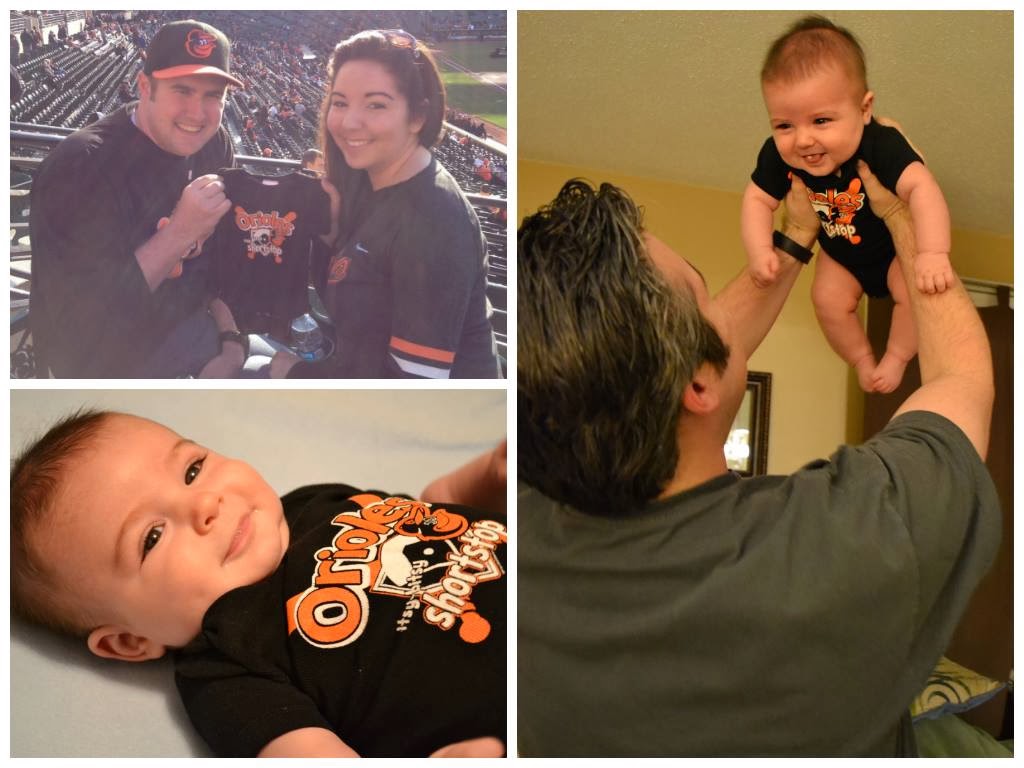 Email ThisBlogThis!Share to TwitterShare to FacebookShare to Pinterest
Labels: milestones