Deciding On A Next Gen Gaming Console For Your Family

Ever since Nintendo took the world by storm with its Nintendo Entertainment System (NES) back in the 80's, competition has existed in the video game console market.  One thing that is for certain, every 8-10 years a new batch of consoles will be released and a new generation/life cycle of video game consoles will begin.  With a number of new consoles having come out over the past year, it can be daunting to figure out which would go best with your family.  Having picked up each of the new next gen consoles (Wii U, Playstation 4, and Xbox One) I will try list out the pro's and con's of each to help you decide which will have the most value for your family over the next generation of video game console life.

The Nintendo Wii U

Nintendo released the first "next gen" console in late 2012.  This was a bold move as the other two giants in the marketplace were known to be hard at work on their next console but the specs and news hadn't been released yet.  When the Wii U was announced and came to market, it was met with a very lukewarm response (and a lot of confusion).  Hardcore gamers wanted more from the system and the casual fans were perfectly content with the Wii console they had at home.  It took a couple months for the console to really come into its own and it still has some growing pains to work out, but deep down this is a solid console for a family with kids and one that would be welcome in almost any home.

The Wii U is a safe bet console for a casual gaming family.  You'll get the staple Nintendo games like Mario, Zelda, and Pikmin (still waiting on a Metroid) but the third party titles (games that aren't made by Nintendo) are certainly lacking.  The diversity in game titles just isn't there yet for this to be the go to gaming console for a family of serious gamers or older children, but the systems capabilities shouldn't be scoffed at.  Nintendo is known to release some amazing first party titles and you can rest assured that they will release a few games a year that will be extremely solid and well received Nintendo titles.  Most recently, Nintendo released Mario Kart 8 which has been met with critical acclaim.  Later this year and into the next we will see other Nintendo staples like Super Smash Brothers and Zelda finally make their appearance on the console.  If Nintendo games are your thing, then this is the console you'll want to pick up.  If you have young children who are just starting to dip their toes into the video game world, this will also be the console you should pick up.  Games like Skylanders and Disney Infinity are both available on the Wii U system so you'll be covered if your kids want to pick those up.  Nintendo is also releasing their own form of figures (like Skylanders and Disney Infinity) sometime later this year/early next called amiibo and it will be exciting to see how these figures will play into future game releases.

There are certainly some good titles with more on the way, but what else does the system offer against the other consoles?  For starters, it's much cheaper.  Amazon is selling the 32GB Nintendo Wii U console for $327.99 as of writing this.  The system also comes with a really nice tablet controller that can play games remotely even when the television is turned off or on another channel.  All of the multimedia apps you know and love (Netflix, Hulu, Youtube, etc.) can be found on the Nintendo eShop as well so this can be your one stop multimedia device in your living room.  Keep in mind though, the Wii U is not a Blu-Ray player.  While it can play DVDs, it cannot play the latest Blu-Ray titles.  It may not get the latest and greatest games on its system, but what it does get are quality first party Nintendo games, some awesome kid's games, and the experience is wrapped around Nintendo's tried and true quirky nature.  This is a solid console for a young family.

The next console to release this generation was the Playstation 4 from Sony.  This console was a follow up to the successful Playstation 3 system and was released in late 2013.  Sony took a very quick early lead in sales due to the system being $100 cheaper than its direct competition, the Xbox One, and some clever marketing tricks the company performed when it initially launched.  The system itself isn't a huge overhaul over the prior version in terms of design.  The specs have been greatly increased and the games it can play will blow you away, but the user experience remains the same - this console is all about the games.  Sony doubled down on gamers when it released this system and it shows.  The console is a beast that plays games in 1080p perfection with some of the best graphics you have ever seen on a console.  Sony also puts out some of the better games on their platforms with the most notable in recent memory being "The Last of Us."  The Sony Playstation 4 is a big boy gaming system that doubles as an entertainment system with its multimedia options.

The Playstation 4 is an amazing system, but its certainly not for every household.  This system is going to be for the adults or the older kids in the family.  It does one thing incredibly well and that is that it plays amazing video games.  While you will definitely be able to find some awesome games for your kids to play, the options will be small and pale in comparison to the other two consoles on the market.  This is a console mom or dad will want to pick up for themselves and every now and then allow the kids to play.  If games aren't your thing or you are a casual fan of gaming, you might want to check out the Xbox One with its multimedia features surpassing the PS4.  If gaming is your thing though, you absolutely can't go wrong with Sony's Playstation 4.  The PS4 retails for $399.99. 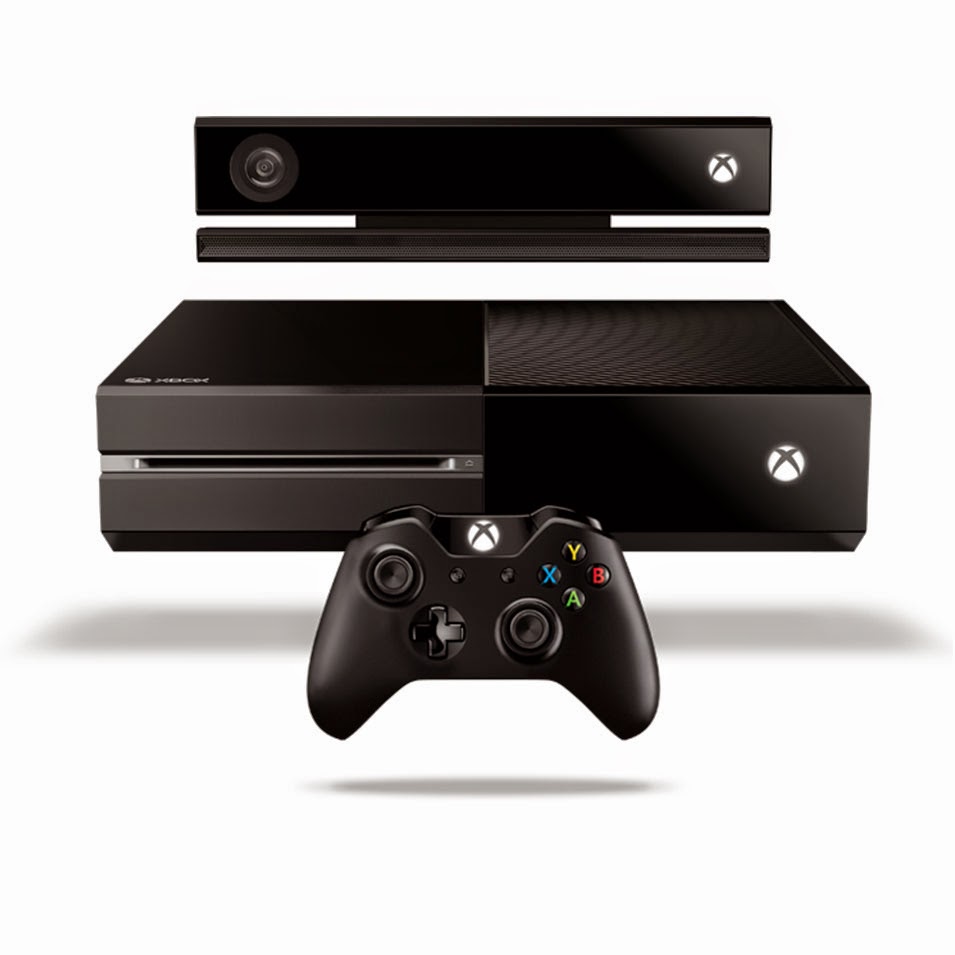 The final console to release in late 2013 was the Xbox One.  Microsoft made a lot of mistakes when they initially announced the Xbox One at E3 2013.  For starters, the system was $100 more expensive than the direct competitor (the Playstation 4) and there were a ton of restrictions like an online connection needed, no used games, and other troublesome ideas that were later scrapped due to public outcry.  While it stumbled out of the gate, the Xbox One has turned into quite the console since it's release.  There are two options when buying the Xbox One and the decision will influence exactly what you can and cannot do with the system.  The $499 model includes the Xbox Kinect device which is a camera that tracks your motion in real time for gaming and voice commands.  With this device, you can be seen by the console and games can be controlled by your movements.  This introduces some amazing possibilities for kids gaming in the future as your child can literally be in the game influencing things around him.  We haven't yet seen all that the Kinect has to offer, but initial showings have been very positive.  Adults will also love the Kinect because of the ability to accept commands such as "Xbox On" to turn the system on, "Xbox Watch TV" to watch live TV, and other such commands that remove the need for a controller.  Xbox also has some great fitness apps that watch you perform exercises and gives you live feedback based off of your positions using Kinect.  If the Kinect isn't your thing though, Microsoft has created a cheaper version of the console without the Kinect for $399 to compete with the Sony PS4.  But keep in mind, when you remove the Kinect, the console isn't as attractive anymore with a lot of features being turned off.  Microsoft has stated they plan on releasing a stand alone Kinect to buy later on if you want to do so.  As of writing this though, you cannot buy a Kinect by itself, only with the $499 bundle.

The Xbox One is a great console that will be at home in any family environment.  I would highly recommend you buy the version with Kinect though as the system without it is limited in scope.  The Xbox One can best be described as the total entertainment package.  You get a very solid gaming system (although some games look better on the PS4, but it's still early), a fully featured multimedia experience with all of the video apps you can think of, the ability to hook up your cable set top box into the Xbox and control everything with your voice, and some awesome games that the kids will love with the use of Kinect (more to come in the future.)  While the system will mainly cater to the bigger gamers like myself, you can still get a heck of a lot out of this system if you are only a casual fan of video games.  Kids will grow up with the system and be able to play all of the games out there (except Nintendo) and you'll have your one stop multimedia device in your living room.

Hopefully these summaries have better explained the pro's and con's of each console as it would fit in a family environment.  Nintendo's console is going to the winner in terms of gaming for children while the Xbox One will shine in its ability to both be a great entertainment system and also a top of the line gaming console.  The Sony PS4 will blow you away with its games and the overall power it has under the hood and Sony loves to release new gadgets over the life cycle of it's systems.  So, with everything in mind, which one is your favorite?  Have you already purchased on?  Do you plan on buying one?  Let me know in the comments below!