Halloween with a Little Yoshi

Halloween has always been a fun holiday in my family.  Growing up, my parents fully embraced the holiday by going all out on decorations, costumes, and spending a nice amount of time taking us around the neighborhood to trick or treat.  As I got older and the costumes got more expensive, that love of Halloween continued but the childhood fascination of dressing up in a costume and fully embracing the fun that is shared in a neighborhood on October 31st was beginning to fade away.  By the time I was in my mid twenties and married Halloween meant costume parties and drinking. We may have handed out candy, but that childhood fascination was starting to decline.  This year marked the first year that my wife and I have fully embraced Halloween from the perspective of having a small child.  Last year my wife was in labor while giving out Halloween candy (Jack was born the next day) but this year, we had our own little one and wanted to embrace the holiday and have as much fun as possible in the process.

Jack was 364 days old this Halloween, so we didn't focus on taking him around to trick or treat for candy he couldn't consume, but still wanted to dress him up and take him out to events.  We started our Halloween celebration at something called "Zoo Boo" at the Maryland Zoo.  At "Zoo Boo", kids (and adults) dress up and wander around the zoo like any other visit.  You can also do some trick or treating, but it's mainly for the older kids (although I made sure to take Jack up to one vendor for some natural cookies.)  The entire trip was a fun event that took place the week before Halloween, but most importantly, Jack was able to show off his awesome costume that my wife made from scratch.  As many people know, I'm a huge video game fan.  Now that I have a child, it's safe to assume he's going to be raised with a certain reverence to classic video games.  To start off his tutelage, his first Halloween costume was that of Mario's trusted friend and faithful steed, Yoshi.

My wife crocheted Jack's entire costume from scratch and did an amazing job.  I always knew she was good, but she really outdid herself with the Yoshi hat and saddle she created.  To accompany Jack, my wife and I also decided to dress up as Mario and Princess Peach to perfect the ensemble.
On Halloween night, Jack hung out with us on our front porch to hand out candy to all the kids in the neighborhood and the sentence "Oh my, Yoshi is so cute!" was heard repeatedly (further inflating Jack's ego I'm sure.)  While Jack probably had no idea why these people kept walking up to our door (dressed strangely no less) he thoroughly enjoyed the night and had fun goofing off for the neighbors.  With the success of this year's costume and overall amount of fun we had, I can't wait until next year and can only ponder on the awesomeness that will be his future costumes with this first one as a precedent.  (Side note: if you're interested in cool crochet creations, check out my wife's page on Facebook: Let's Play with Crochet)

Jack is still young and he hasn't fully understood the magic that is Halloween night, but based off our first Halloween with a child, I'm sure it's going to be an extremely special night each and every year.  Having a child introduces a lot of changes in your life, some can be extremely tough, but others are enlightening experiences that help you re-embrace your inner child and share in the moments you are presenting to your child.  Our bodies may age and hair may turn grey, but there is still something magical about putting on a costume one night out of the year and eating a ton of candy, especially if you get to share it with family you love. 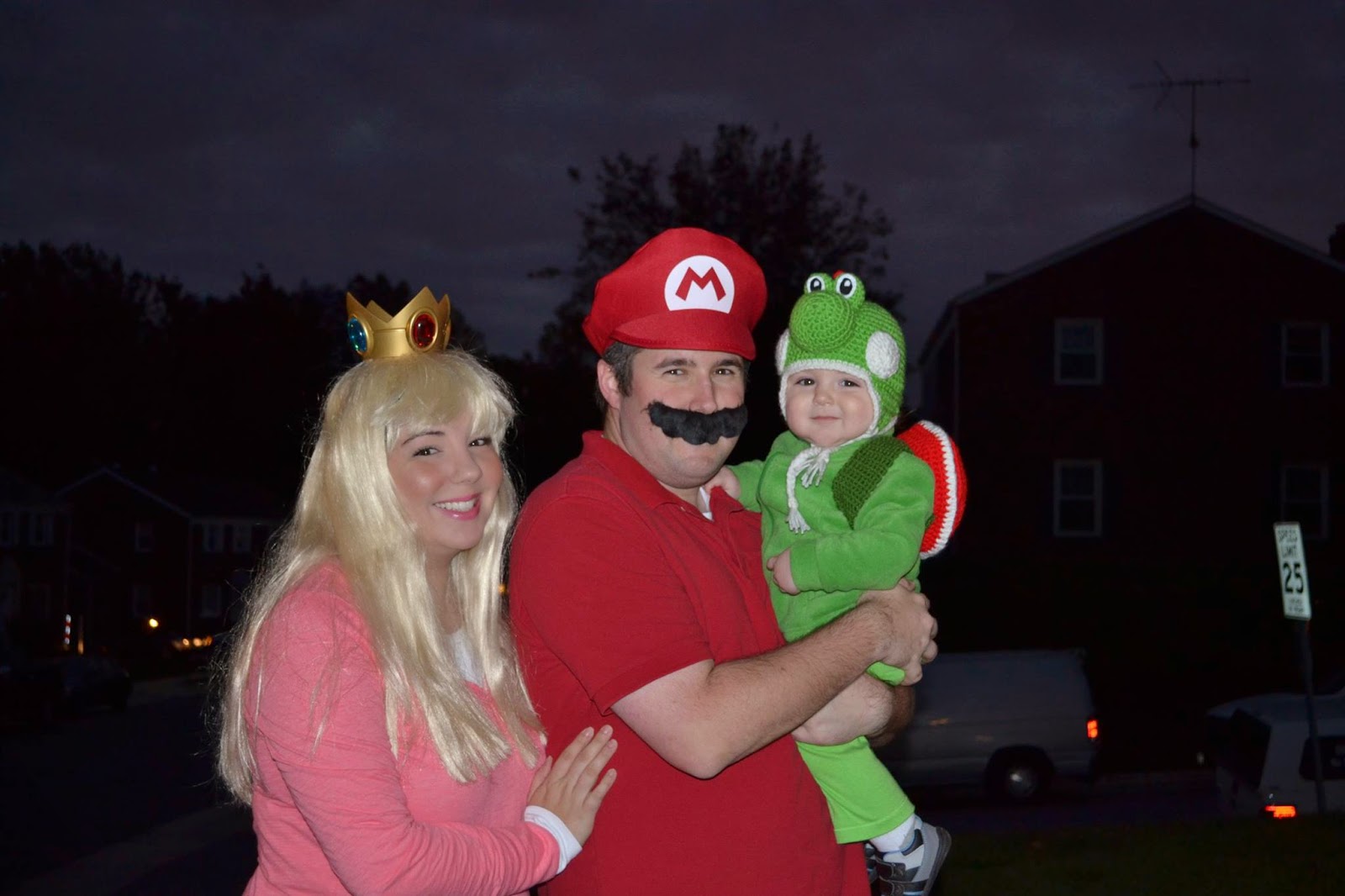