With the recent release of the new Wii U game Super Smash Brothers, Nintendo has thrown it's hat into the gaming figuring market.  Previously, we have seen games like Skylanders and Disney Infinity use figures that are represented in game when they interact with some sort of "portal."  Nintendo has done the same thing with their figures and plan to utilize them across a number of games that are currently out and others that will be released in the near future.  I have picked up a few amiibos over the past week and put them through their paces.  Do I think they are the latest and greatest in video game figurines or is the future still murky for these little guys.  Well, that depends on how you view these figures and how invested you are in the games that Nintendo releases.

I picked up 3 amiibos from Amazon on the day Super Smash Bros. was released.  My family was Mario, Peach, and Yoshi for Halloween this year so I thought those would be some cool figures to pick up and double as a reminder of my son's first Halloween.  The figures look great and are of a high quality.  They retail for about $13 each and will represent numerous characters from the Nintendo and Smash Bros. world.  Right now there are only a few available, but more will be released in the coming months.  To use the figures, you don't need to buy any additional portals.  All you need is the Wii U system tablet which has an NFC reader built into it.  Placing the figure on the tablet's designated area will trigger something to happen in one of the games they currently work with.

The amiibos will currently work with 3 games that Nintendo has released this past year, Mario Kart 8, Hyrule Warriors, and Super Smash Bros. Wii U.  In each game, the amiibos will do something different.  For instance, in Hyrule Warriors, you can use the figures to unlock weapons and can be used once a day thereafter for newer and better random gear.  In Mario Kart, the figures are single use only and unlock costumes that your Mii driver can wear in game.  Honestly, that's not very impressive for a figure that costs $13 by itself.  No one really uses Mii racers in Mario Kart and the weapons in Hyrule Warriors are easily unlocked on their own through proper playtime with the game.  If these are the games you own, you might want to wait until you pick up the next game I'm going to talk about or future releases that Nintendo puts out.

The use with Super Smash Bros. is a little better but not by much.  If you are a hardcore fan of Super Smash Bros. then chances are you are already going to buy these little guys for the novelty of it.  If you aren't, I don't know if I can recommend them for what they currently do.  Basically, you play against your amiibo and train it to fight like you do.  If you want your amiibo to block more, you need to block more when you fight against them, etc.  You don't play as your amiibo, but rather train it so it will almost take a life of it's own and represent you in games against others.  You can fight your amiibo to level it up and unlock items which further help you to customize your fighter.  For instance, my Mario amiibo is currently level 22 (out of 50) and has consumed some items to increase his fighting power and defense.  Speed is the third attribute you can increase but the items are created in a way that they increase one attribute while decreasing another, which makes you invest heavily in one or two early and focus entirely on them throughout.  A well rounded character is possible, but will take some finesse to make. 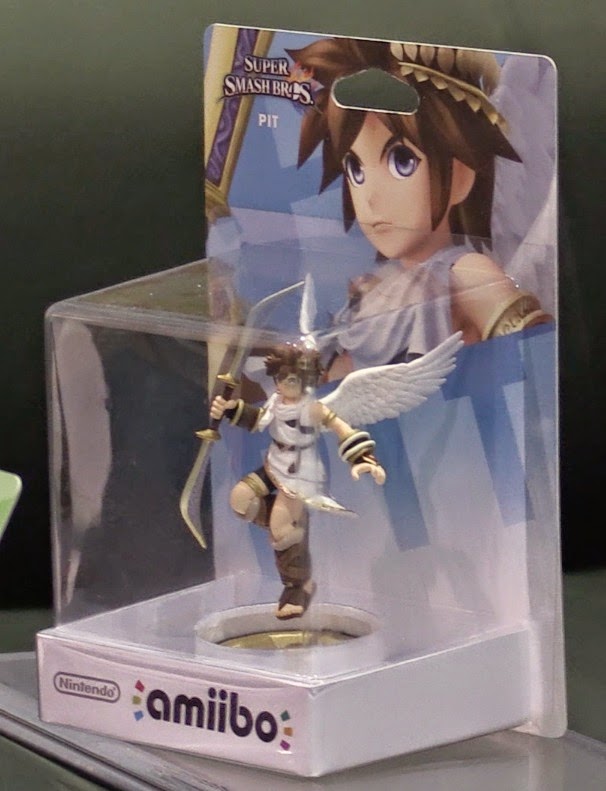 Once you level up your amiibo, you can pit it against other players amiibos or your actual friends, but you will never control the actual amiibo.  You can tag team with them, let them go solo, or do a battle royale, but it will always act as a separate entity and never be controlled by you.  It's a novel idea and it is fun training your fighter to play in a certain way that mimics or maybe even compliments your style for tag team battles, but the actual uses for it are slim after that.  The low cost of the figure is a nice offset to it's short uses, but unless you're a big fan of Super Smash Bros. or a serious collector of gaming figurines, I can't recommend picking these up just yet.

If you are seriously considering getting into a game that uses figures the way Nintendo's amiibos are created, then check out Skylanders or Disney Infinity.  Those figures have been out for a while and have a whole game based around them.  Nintendo's amiibos, while awesome looking on the shelf, currently don't have enough functionality to warrant a purchase to anyone who isn't a serious collector or a hardcore Smash Bros. fan.
at 1:32 PM