Metamorphabet: An Upcoming iOS App For All Ages 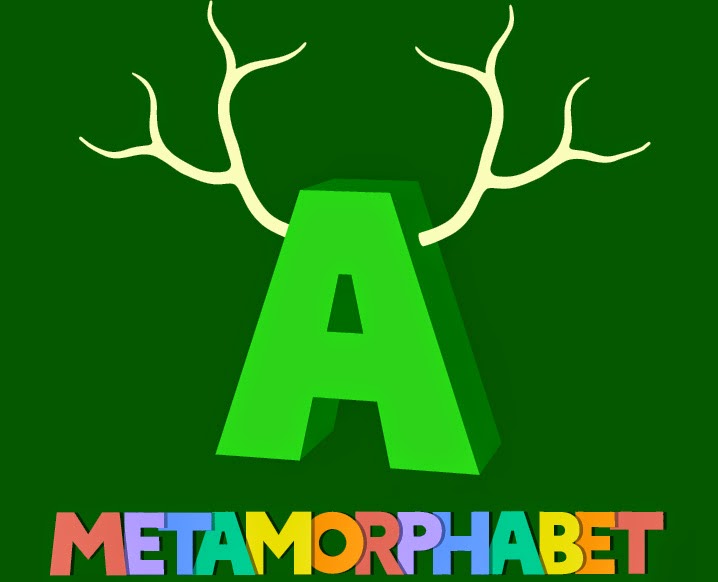 Yesterday, Jack and I were given a unique opportunity to test out a new iOS app that will be coming to the app store soon called Metamorphabet.  The app isn't available just yet (it comes out on February 12th) but thanks to the app creators we were able to test drive it early to give you some impressions.  Metamorphabet, simply put, is an app that helps kids learn the alphabet.  Each letter is beautifully drawn and is interacted with by touch.  The app begins with the letter "A" which upon touching, will morph into different objects that begin with the letter "A".  For instance, pressing the letter "A" turned it into an arch and the app repeated the word.  When you go through all of the animations of the letter, you can press a little star in the upper right hand corner to continue on to the next letter.  This will continue for all of the letters and each is very unique and really beautifully drawn.

The app is pretty smart too about it's demographic.  Jack got a little too overzealous at one point and hit the home button on the iPad and it took him back to the iPad's main screen.  Re-launching the app put him right back where he left off so that he didn't have to go through all of the letters he already viewed.  There is a button though to go back to the main screen which allows you to choose which letter to go to for those times when you absolutely, positively, need to show a specific letter to your child.  My wife, who is a teacher, made special note of the app's usage of different parts of speech and that the app doesn't just rely on typical vocabulary words used for learning like apple, ball, and cat.  The words are diverse and will help build vocabulary in the child using it.  Plus, with the context clues presented (like the jumping foot and the door you knock on), the words have a better chance of sticking rather than just reading them on a screen.

I was actually surprised at just how easy it was for my son to play with this app.  He immediately took to it and was fascinated by the bright colors and interactive nature of the app.  You could see he loved getting that immediate feedback from his presses.  When the D turned into a door, he pressed on it a few times and it knocked and then opened for him.  This is a really smart form of learning and I will absolutely be letting Jack have more time with the app in the future.  If you have visited my blog in the past, you know that I am a supporter of smart usage of technology to help kids learn.  While there are numerous apps out there that will keep your kid occupied, there aren't that many that will actively help them learn at the same time.  After spending some time with Metamorphabet, I really feel like this could be one of those.  I can't speak to how beneficial it will be for an older kid who already knows his letters and sounds, but I do know Jack loved the time he spent with the app and we are going to continue letting him play with it.  If you own an iOS device, you should think about picking up Metamorphabet when it releases on February 12th, 2015 on the app store.  If you still aren't sold, check out my son below interacting with his favorite letter he saw, "E"...which made an animal he was more than happy to imitate.