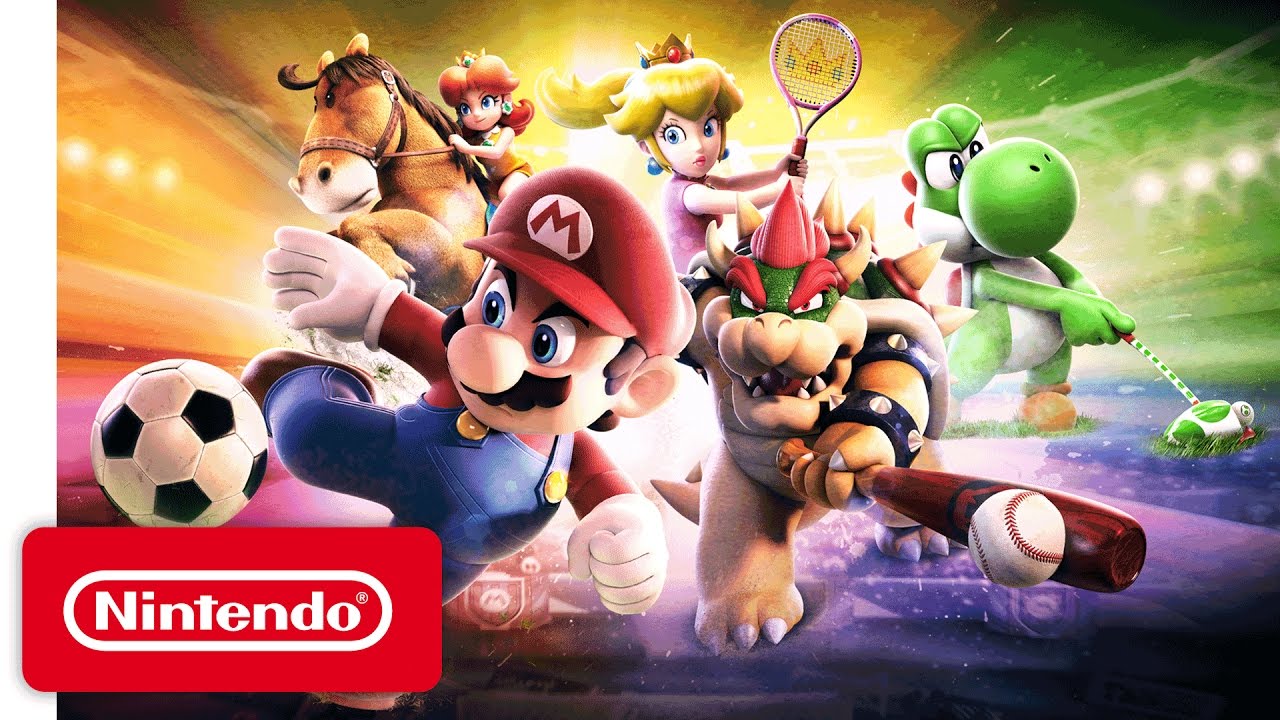 In the world of Mario, there are a certain things that will always be true. Mario will always save the day, he'll thwart Bowser's numerous kidnapping attempts, and at the end of it all, everyone will make up and decide to play sports together. Mario Sports has been a mainstay on Nintendo consoles and mobile platforms for as far back as I can remember. The titles are occasionally hit or miss with some being much more polished than others, but in the end the games are always pretty fun. Thanks to the folks over at Nintendo, I was given the chance to try out Mario Sports Superstars for the Nintendo 3DS and I'm here to give you my review after spending some time with the game.

In the past, Mario Sports games tended to focus around one particular sport with a ton of modes and often unlockables based on your performance within the games. With Mario Sports Superstars, Nintendo has taken a different approach and combined a number of sports titles into one package. The games included are soccer, baseball, tennis, golf, and horse racing. Launching the game and selecting a sport is super simple and the UI is nicely designed to get you into your choice of sport quickly and without much hassle. Once you select your sport, you're able to play an exhibition or a longer form tournament style series of games. There is also multiplayer modes available that allow you to play locally or online with friends for when you're feeling more social. Each game allows for the player to jump in, do a quick tutorial, and then begin playing without much more learning required. Starting up baseball will introduce you to both hitting and pitching through a quick tutorial, but soon after you'll be in a normal game with whatever rule set you selected before the match began. Even though the beginner tutorial doesn't go into deep mechanics, it doesn't mean you can't use strategies just like in the real sports themselves. Just like in other sports games, you can expect baserunners to play aggressively if they are speedsters and power hitters to aim for the fence when the opportunity presents itself. In soccer, passing will get you further than just playing a lone striker and the button combos for trick shots in tennis provided a nice distraction from the otherwise typical volleying between characters. There is a lot to like about these games and if you're a fan of Mario sports games in the past, you'll find the same level of attention to detail here with Superstars.

Something that really stuck out to me while playing was how perfect this would be for a young gamer who can't handle the more intricate sports titles on the market. With multiple AI difficulty settings, the ability to fine tune how long games are, and the selection of your favorite well known Mario world character - younger fans will find a ton to keep them invested. Mario Superstars is also a perfect introduction to sports that otherwise may have been skipped over in real life. Who doesn't love seeing Bowser smash a homerun over left field while Mario can only stare at his hands for giving up that prime pitch. Or watch as Boo, with no legs, scores a mid-field goal against Luigi who just barely missed deflecting the shot. It's this combination of fun sports with fun characters and the ability to optimize difficulty that will make this a hit with the younger fans and who knows, even give them real life dedication to the sport. 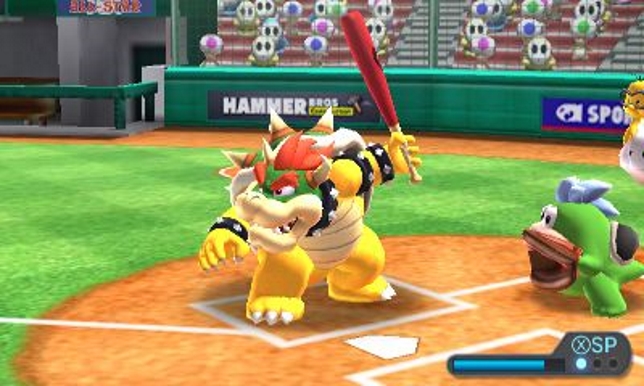 So, we know the game will be a hit with the younger gamers, but what about the older, more seasoned gamers? Well, that depends. If you're looking for a deep sports game that you will spend countless simultaneous hours exploring it's intricacies, then you may want to look for something outside of the Mario universe. These games were never meant to provide deep experiences but rather fun diversions in smaller chunks. If, on the other hand, you'd like to experience a grab bag full of Mario sports games that combine a lot of the mechanics from previous entries in the series into one release, then you'll find a lot of enjoyment out of Mario Superstars.

Out of all of the games I played, Baseball was my absolute favorite (shocker, I'm a huge baseball fan) with probably soccer coming a close second. Golf is fun and if you have played previous Mario golf games, you know what to expect. Tennis is also really fun, but I've never been a big tennis guy. With that said though, I think fans will enjoy the mechanics put in place that allow you to do trick shots to keep the game fresh and exciting. Finally, horse racing is probably the weakest offering out of the bunch, but younger fans will enjoy the easy to pick up gameplay and the ability to take care of your horses outside of races for carrots. Each of these games can be custom tailored to whatever difficulty you or your kid wants, so if something isn't at first a big hit, try adjusting the difficulty or game length and see if that does the trick.

There is a lot of game in this small cartridge and if you're a sports fan with a little one in the house that has a 3DS, you should absolutely think about picking it up. Nintendo fans without a little one that want a fun palette cleanser from the more serious sports games will also find a lot to love in this title. Hopefully Mario Sports Superstars does well enough that we see a full Switch release of some Mario Sports games in the future. In the meantime, this small but mighty collection of sports game will be more than enough to hold us over.
at 3:11 PM