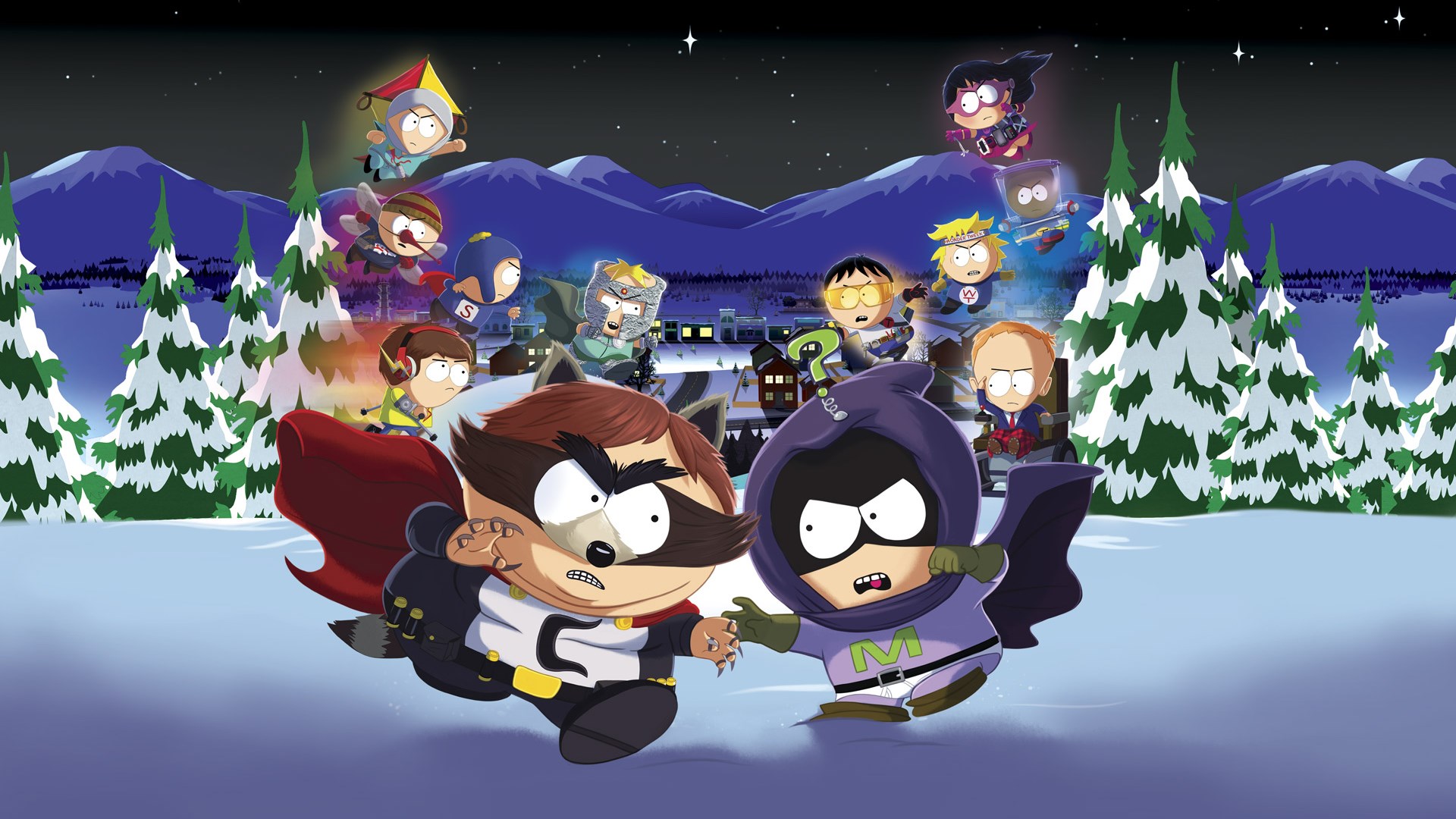 South Park is one of those shows that will either elicit fond memories or indifference from those you ask. Some might not even realize that the show has been on for 20 years. I remember watching it in middle school and it being the most popular show in school. I fell off around the high school era but would come back now and then for the big episodes (a personal favorite was "Make Love Not Warcraft.") When Ubisoft released South Park: The Stick of Truth in 2014, I revisited the world in this new video game format and had a blast playing it. The RPG elements mixed with the shows irreverent style of humor worked perfectly to offer something truly unique to the gaming world. We always knew a second game would be made, but after a bunch of delays, it was tough to determine just how good it would actually be. After sinking a decent amount of hours into the game's campaign and experiencing all of the new mechanics, I can tell you that if you enjoyed the first, you're going to find a lot to like with the second game in the series, The Fractured But Whole.


South Park: The Fractured But Whole takes place immediately after the first game. You're still playing the new kid in town, dubbed "Douchebag" by Cartman, and the fantasy game the kids are playing has reached a fever pitch. It's then that Cartman decides the fantasy genre has just gotten stale and wants to start up a new game, Superheroes. He takes his best pals and heads towards his secret lair, his mom's basement, leaving you out in the cold and uninvited. You'll eventually force your way into his hideout and be given a humorous superhero origin story and then be on your way investigate a case of a missing cat. The story takes some crazy turns from here, as you'd likely expect, and South Park's humor is constantly on display.


One thing the first game did well was take characters/scenes from the entire series and put them on display throughout the game. With Fractured But Whole, it looks like they are only focusing on the more recent seasons, which is when the series started following a continuous story. That's not bad since the topics covered in those seasons are pretty poignant with everything going on in today's political/social spectrum, but fans who haven't been paying attention to the cartoon in years may be left wondering why there are talking berries in people's kitchens. I started playing the game without having seen the most recent episodes, but went back and started getting caught up. A lot was made clear and I got a bunch of the jokes after the fact. Not a deal breaker since the game itself is self contained and you don't need to know this backstory, but it's something worth mentioning as you may miss some inside jokes the game shares with fans.

The overall story of the game is solid and gives you the up and coming superhero story a kid with a very wild imagination would most likely come up with. Unlike my childhood, these kids have an instagram like site they use to take selfies and continue their stories and build up fans. It's a neat mechanic that has it's own leveling system of sorts. Altogether, the kids superhero story is a perfect change of pace from the previous fantasy story and fits right at home with South Park humor.


If you played the first game, you'll kind of know what to expect with the second. If you're new to the series, basically know that it's an RPG game where you find/craft items to raise your might (power) level and that number dictates how you'll fare in any given event. Quests have power ratings that you need to meet in order to stand a chance and you'll always know where you stand in the grand scheme of things. If you're failing at a mission, you can look for some crafting items to build higher might items to equip or work on your strategy in the new more tactical gameplay.

In the first game, it was very JRPGish in that you had your characters on one side of the screen and the enemy was on the other and you would just have at it. In Fractured But Whole (I still chuckle every time I type that) you begin on opposite sides of the screen, but you can move throughout the entire field of battle. Skills you use will do things such as set players on fire, disrupt attacks, or even push enemies away. This push mechanic can really set up some neat gameplay where you push an enemy into another on his team doing extra damage. Or better yet, pushing the enemy into your own teammate where they will get in an extra attack. This added level of complexity gives the game a fresh coat of paint and separates itself nicely from it's predecessor.

Another welcome change is the fact that you can equip whatever you want on your character looks wise. In the previous game, the armor and items you equipped had their own might ratings. In Fractured But Whole, costumes are completely separate from equipable might rated items. So, if you want to look like a badass cyborg, you can without worrying that you'll need to change your costume when a higher level might item comes your way. Costumes are cosmetic only and lends itself nicely to the superhero motif they are going for.


If someone walked by when you were playing Fractured But Whole, they might think you're watching South Park the show and not playing a game. The graphics are identical to the show and that's about the best praise you can give a game like this. Characters from the cartoon show up just like you'd expect them to and look and sound the same as well. Locations are varied around the town and resemble their on screen counterparts perfectly. There really isn't much more to say about the graphics. They nailed it, just like they did in the first. No surprise there.


Since this is a parent site for kids, I would be remiss to not include this topic, even in a game that is most certainly not for the younger crowd. The bottom line is this: if you would let your kids watch the show, then let them play the game. The same humor is present in both and they are both equally offensive and outrageous at times.


The South Park games continue to be a great way to live the life of a South Park character. For those of us in our 30's, we've grown up with these kids for years. It's neat to be able to interact with them and participate with them in their stupid antics to stop crime bosses, save cats, and start a long running movie franchise with Cartman. If the first game didn't wow you, then this game won't be any different. It's still the same overall story structure and gameplay just with some additions to make it fresh. If, like me, you really enjoyed the first game then you'll find that this is very similar but with enough new additions to really keep things interesting. You'll find extra enjoyment if you're been a fan of the series recently and have watched the most recent seasons. All in all, this is a very enjoyable RPG lite that uses the show's notorious humor (for better or worse) to tell a funny story that puts your character right smack dab in the middle of the shenanigans going on in South Park. Definitely not for kids, but you probably knew that already.
at 10:34 AM