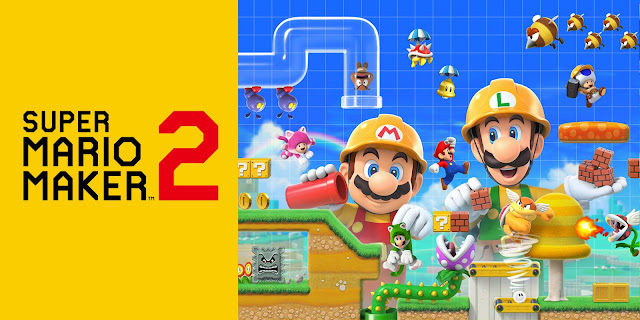 As a parent to young children, it can be tough to find games you can play with them, much less around them. Games have grown up with their audience and while there is a place for the mature games of the world, evenings in our house with the kids around are not one of them. Thankfully, Nintendo continues to release games based around the timeless classic that is Mario, a character that is more than family friend - he's an icon. If you didn't own a Wii U last gen, chances are you missed out on one of the more unique installments in the Mario universe. Super Mario Maker was a really fun game that allowed you to build your own levels, play other's levels, and basically relive a lot of that childhood wonder you had growing up playing the original. While the Wii U didn't sell very well on store shelves, those that did have one characterized Super Mario Maker as a must have for the console. Some even bought the console strictly for that game. It's with little surprise to see Nintendo return to the franchise and this installment is much better than the original. If you're a fan of Mario games or have younger kids in your household, you're in for a treat with Super Mario Maker 2 for the Nintendo Switch.

Making a sequel to a game like Super Mario Maker couldn't have been easy. When the first game gave you a ton of freedom to do whatever you wanted and build whatever you could think of, it's kind of hard to top that. So on the surface, a lot of what you see may be very reminiscent of the original game's formula. Dig a little deeper though and you'll start seeing just how this game sets itself apart. For starters, there is a story mode. In this mode, you'll be tasked with rebuilding Peach's castle by completing increasingly difficult levels to earn coins which are then spent to fund construction. In the original Mario Maker, I found myself wishing there was more structure in the levels I was playing. Where Super Mario Maker felt like a really great prototype, Mario Maker 2 takes that base and runs with it. The story mode will keep you busy for a while and give you tangible goals to strive for. Stuck on a level? Skip it and go to the next. Chances are when you come back, you'll do better than you did before. Most of the time I spent playing with the game at first was in this story mode. My son and I would take turns trying to beat each level and along the way we learned of the different mechanics present. These mechanics are doled out slowly and in an ever increasingly difficult manner which never makes you feel unprepared for the next that is around the corner. The story mode might not be feature packed, but it does it's job well in introducing you to the game. 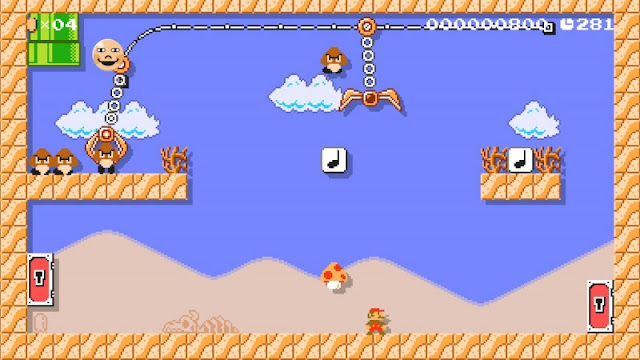 When you finish playing in story mode, you can head on over to the area of the game where you can build and play your own levels, or those from people on the internet. Building a level isn't easy. In fact, it can be downright brutal. There are tons of tools for you to interact with and learning them all in one go is a nigh impossible task. Luckily, Nintendo gave us a pigeon (yes, a pigeon) named Yamamura who will attempt to teach you the basics. This is one way to learn how to build levels, but the other more fun way is to just hop in and start playing other people's levels they created. This is the second main difference between this release and the previous on the Wii U. Numerous new tools have been added to the game that allow you to tinker and create pretty much exactly what you want. Most can be found in the previous installment, but the breadth of tools available now far outweigh what was found out of the box on the first.

The true magic of Super Mario Maker 2 comes in the form of user created levels. Any level I create is boring and one note compared to the artistry some people have with the tool sets. You can play the most popular levels that have been created by looking at a leaderboard type page or just let the game throw random levels at you. Both are great ways to experience all that Super Mario Maker 2 has to offer. One second I was playing an original Mario 3 style level and the next, it's a modern Mario game with all of the recent graphics and mechanics added in. It's one piece artistic voyage and one piece nostalgic time travel. Playing through these levels, you wouldn't be remiss to think you were in your parents living room back in the late 80's playing the originals. And this is where the true joy of the game really comes through. Super Mario Maker 2 is what you make of it and for some it will be a challenging experience taking down user created levels built to test the physical limits of hand eye coordination. To others, myself included, it's a relaxing trip down memory lane with my son by my side on the couch. 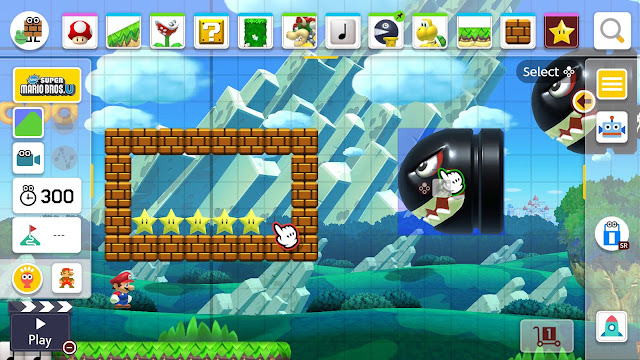 Speaking of my son, he's the real reason we spent so much time playing this. There is just something about building levels that sparks creativity in his mind. He can sit there for hours just building and tinkering with different levels. They might not be the most complex, but he is able to create a something that he sees in his head and then have me play through it. Building levels for each other to play and then publishing them to the Super Mario Maker 2 servers was a lot of fun and something we spent a good deal of time doing. We would always make sure we played each others first though and tweaked them them as we saw fit, but overall, the process of creating to publishing was seamless. Creating is much more his bag than it is mine, but the level of detail you can go into is completely up to you. If you have creative kids in your household, this is a great video game to really expand their imagination and watch it take form on the canvas that is a Mario level.

Super Mario Maker 2 does a lot of things extremely well. If I had to pinpoint one issue with the game, it's that it doesn't come with a stylus. Building levels can be tricky without one but that's easily remedied with a store bought stylus that you would use on a tablet. Playing in handheld mode is much easier to build levels while playing on the big screen is the ideal way to play the levels. Switching between the two is easy with the pop out and play nature of the Switch's handheld mode, but I do wish it was easier to build levels on the TV. A small gripe with an otherwise stellar game.

If you have kids that like to build or draw in their free time, Super Mario Maker 2 is an excellent addition to their screen time. When they aren't around, you'll be equally enthralled with the game especially if you have a history with the Mario franchise. Small gripes like building levels on the TV pale in comparison to the overall enjoyment you'll get from this game's enormous amount of content. Super Mario Maker 2 is a must play game and will go down as one of the best games released for the Nintendo Switch.

Review copy of the game was provided by Nintendo, but all thoughts and opinions on the game are my own.
at 1:25 PM