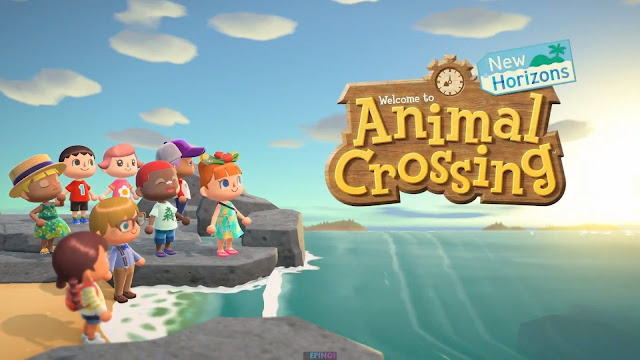 It's rare that a game comes out at the exact right time that it should, but that is essentially what Animal Crossing New Horizons did. The world is in the middle of a pandemic where lives have been put on hold and people are stuck in the house. What better way to spend your time than in a idyllic beach town with fantastical villagers that sole experience is to just to enjoy life together. It's a simple game, but it's in that simplicity that the game truly shines. I can't fully describe how this game has taken my household by storm, but I will do my best.
Upon first booting up Animal Crossing, you'll be tasked with creating a character from some pretty basic options and then making your way to an island getaway in the middle of nowhere. You'll spend your early days collecting wood, building homes, and interacting with other villagers that you invite to your island. These early days may seem simple enough, but some critical plans are being put in place. House locations, villagers selected, and island aesthetic are all things you're slowly building out as you play the game. Once you have all of your villagers homes and begin working on upgrading to your abode from a tent to a full blown house that the game truly begins to open up.
You wouldn't think upgrading a house would be a big deal, but with the house upgrade comes the ability to decorate your interior, and at it's core - Animal Crossing is a decorating game. You'll unlock items in the world like sofas, pictures, sinks, etc. to place inside and outside of your home to spruce things up. New with this installment though is the ability to craft your own items through a DIY table. The range of items that you can create is staggering and you are always collecting more as you play. If you were to just play this game as an interior decorating game, you'd get your money worth, but thankfully there's a ton more. 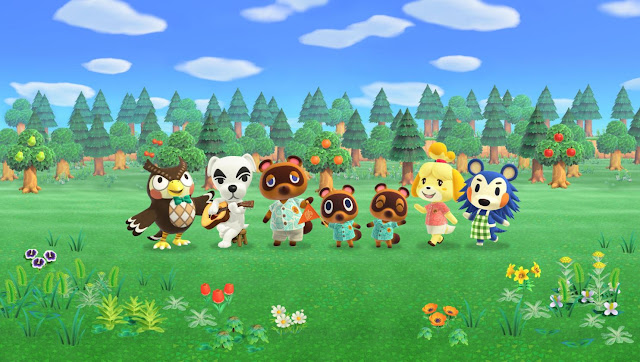 Since this is an uninhabited island, your main goal early on is to attract villagers to live out their days with you. By far, this is one of my favorite things to do in the game. There are close to 400 possible villagers and they range in personalities from cranky to cute and everything in between. Within my family, we all had our favorites with my son loving Cranston but Lucky the mummy dog having a special place in my heart. And don't get me started on my wife's adoration for Mollie the duck - she spent days trying to find her and invite her to the island. Each day you will interact with these villagers and live out your lives on an island doing whatever it is you want. Sometimes you'll fish with them, other times you'll watch them sing in the islands central town square. Bug collecting competitions occur every now and then and during holidays you'll partake in events alongside them. Whatever you decide to do, it's your game. And villagers won't stick around forever. Eventually (around every 15 days) a villager will ask if you think it's time for them to move on. If it's a favorite villager, you can tell them you want them to stay and they will (thankful that you didn't want them to leave.) If it's not a favorite (like that cranky rhino named Spike that kept calling me punk) you can tell them that another island might be best for them, thus freeing up a home for a new villager to come. It's addictive and it's really fun to find a group of villagers you really enjoy being around.
Animal Crossing on it's own is a great game to play solo, but (and this will sound cliche) it really does shine when multiplayer is introduced. Inviting others to your island to show them what you created or visiting lavish 5 star islands that are both awe inspiring and mind boggling in their creativity is always fun to do. But, and I can't stress this enough, if you really want to open up a new layer of the game, join some online communities. My wife and I are in a couple Animal Crossing Facebook groups where people will trade DIYs, items, and otherwise just have a good time together. Everyone is trying to help each other and I have yet to see anyone react poorly to any multiplayer events in the game. It truly is a fun environment that, as I mentioned earlier, is the perfect game for these antisocial times. 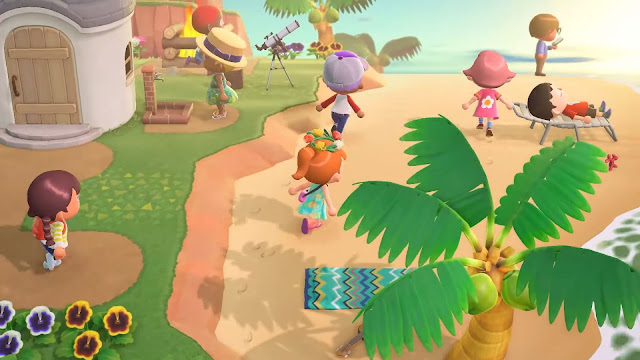 Now, the game is truly amazing but there are some design choices that really make you scratch your head. The first, and probably the most egregious issue, is that whoever is the first person to play the game becomes the island resident representative. What this means is that they are the person who decides administrative tasks about the island. This includes moving villagers, performing upgrades to the town, planning bridges and inclines, etc. If your child was the first person to play the game and then they lose interest, congrats - you're stuck. You'll have to log into their character to do anything and that can just become tedious. You can't delete the first person to play like you can with others so you will either have to start fresh with a new island resident rep (and lose your progress) or just suck it up and hope that Nintendo releases a patch to fix this. That's the boat my family is in. We work around it, but it's not the end of the world. A quick google search will show that a lot of people are in this boat. So, if you haven't bought the game yet, decide who will be the main character and let them play first before the others.
The second design choice that has hindered our enjoyment slightly is the number of custom design slots the game gives you. In Animal Crossing, you can download designs from the internet for clothing (and more importantly) the ground. This is a critical step to truly make your island stand out and a ton of 5 star islands online (heck, I'd say most) use them. The only problem is you only have 50 slots. 50 sounds like a lot, but when paths that wind take up 6 and some other larger designs can take 9, you'll run out before you know it. This sounds like an easy fix and I hope Nintendo releases an update for it. 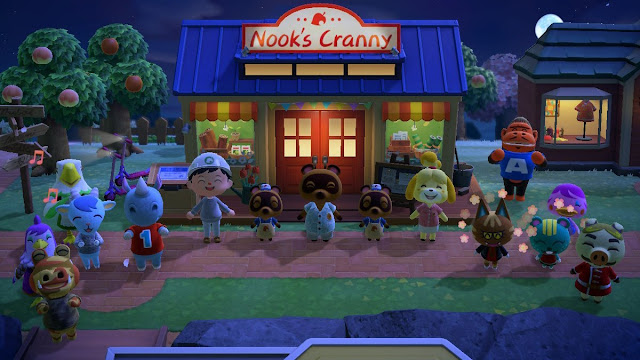 Whether it be watering each others flowers, searching for rare bugs, digging up fossils to put in the museum, or just hanging out - my family has absolutely adored our time with Animal Crossing. I have over 200 hours in the game so far, my wife probably doubles that, and we have no plans to stop anytime soon. In a world where you can't leave the house and need to social distance, a fantasy island with cute villagers and fun tasks was just the medicine the doctor ordered. If you own a switch, this is absolutely a must buy. We actually bought a second Switch just to have two islands because my wife and I fought over game time. I think that's a sign of a game that has really struck a chord in our house. Definitely check out Animal Crossing if you haven't already, you won't regret it.
*Review code provided by Nintendo but all thoughts and words are my own.
at 8:11 AM